The Italy National Series begins on the shores of Lago di Maggiore followed by stops in Orte, then a new location near Florence, another new location in the spectacular peaks of the Dolomites, and finally the series finale in Misano, where the series winners will be crowned. Prize money will be up for grabs for both individual event winners (1st, 2nd, 3rd) and overall series champions (1st, 2nd, 3rd). Overall winners in each age group category in AGE GROUP will receive prizes at the final of the series in Misano. National series events will also feature racer qualifications for both the 2018 European Championship in Morzine and the 2018 World Championship, for both Elite and Age Group.

Racers will be ranked under standard Spartan ranking across the 5 races with top male and female elite point scorers being awarded prize money at the series final in Misano. 4 out of 5 races need to be finished, including the final race, to be eligible for the Elite prize purse. If a racer participates in the 5 races, the worst of his results will be cancelled for the ranking. Only the 4 best results will be counted. All races have to be done in the Elite category.

Racers in the Age Group category are ranked according to standard Spartan series rules but are not competing for prize money. 1st, 2nd and 3rd in each age group will receive Age Group awards at every event.
Only races in the same category will be counted to the overall standings e.g. a racer who races once in Age Group category and once in Elite will score point in two separate categories – the points cannot be combined.
Special, event-specific, medals will be awarded to Elite and Age Group finishers! 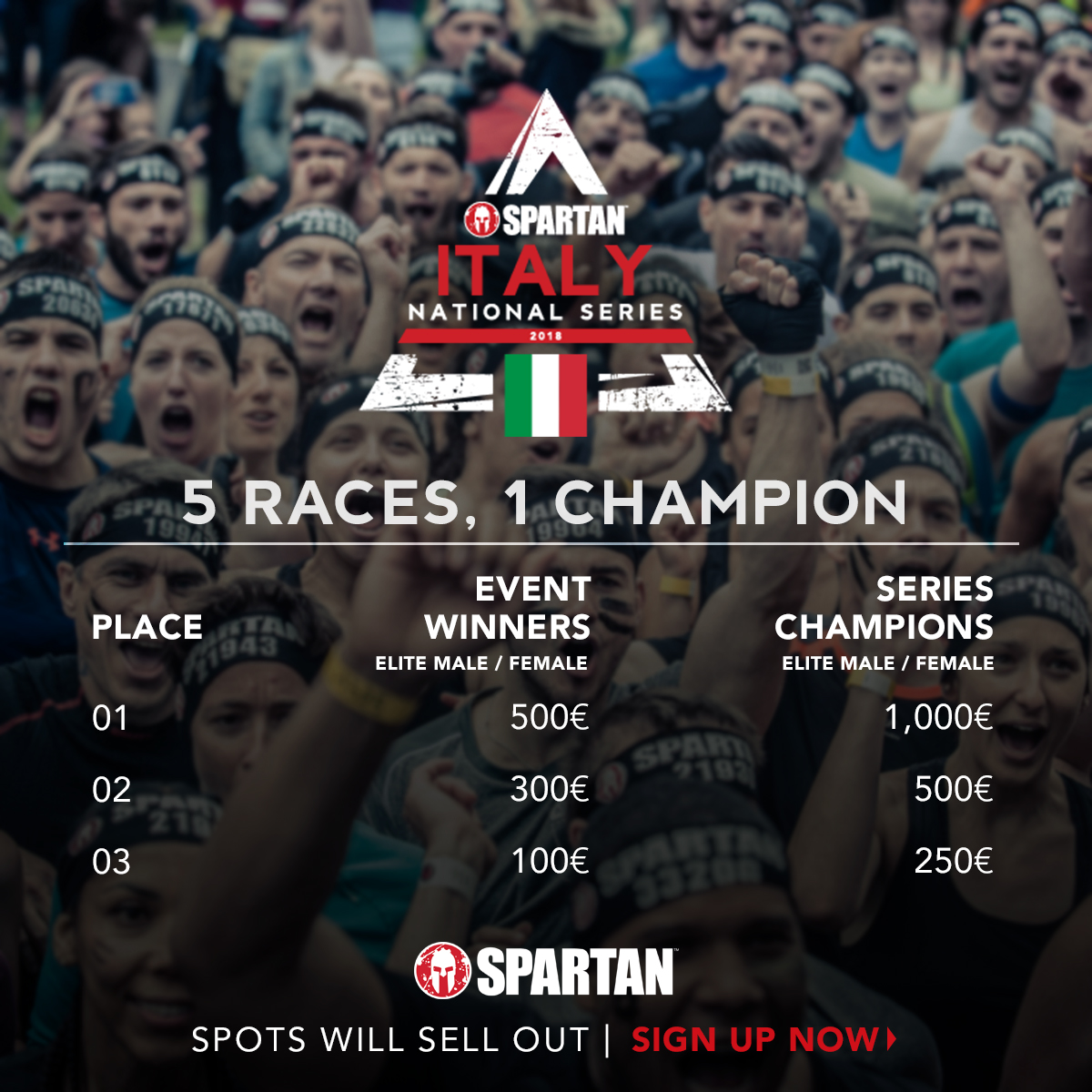